No Shortage of Threats 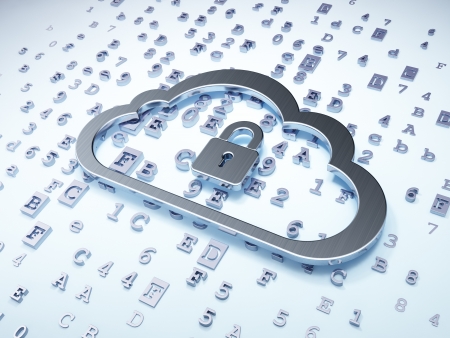 IT security is your best defense against cyberattacks, but many small to medium-sized businesses neglect to secure themselves. One reason is that many small businesses don’t consider themselves at risk for attack. They look at themselves as too unimportant to be a target. Well, this thinking is fundamentally flawed, and you’ll see why shortly.

Cybercrime as a Service, or CaaS, is a multi-billion-dollar industry which primarily profits in a faceless, unemotional, “robotic” way. What’s the best way to make money through theft? You’re going to want to steal from ripe targets that are unlikely to notice immediately. You’re going to want to get in under their noses and get out before you can be chased away. Or, if you’re noticed, you want to be noticed too late for your thieving activities to be stopped.

Take the ransomware attack, as an example. A group of hackers will put a ransomware code, which is essentially commandeered military encryption software, in a harmless-looking email. The email is usually some form of login data scam that tries to gain access to your information via familiarity.

Let’s say you have friends named Bill Johnson and Jim Jacobs. You get an email from somebody named “Bill Jacobs” or “Jim Johnson” with a message that says something like: “I can’t believe what you did in this video!” and includes a link. The link will either be one which immediately compromises your systems, or it will take you to a pseudo-Facebook page which asks for your login information. Maybe it will be a pseudo-Gmail site, or it could be many “pseudo” things. You click on it, enter your information, and there’s no video. But then your computer sends you a message after it locks you out of your files. The message says if you don’t pay a certain amount of money within a certain date, your files will be deleted. At that point, they’re locked under military encryption, and if you don’t pay the fee, you can kiss those files goodbye.

If you’ve got the right IT security, you can simply shut down the computer and reboot from one of the continuous backups sourced through solutions like the cloud. If you don’t, you’re doomed.

A small business is more likely to be targeted for such a campaign because they’re more likely to make a mistake hackers can capitalize on. These hackers use a “Shotgun” approach. They don’t have specific targets— they’ve got “buckshot” in the form of automated emails. They hope to hit a target, but they’re not aiming specifically. Small businesses are a flock of little crows as opposed to some massive buzzard flying high in the sky. The buzzard is the big business, and the flock is a group of small to medium-sized ones. Also, ransomware is just one kind of hacking “buckshot.” Others include:

If you want to have IT security that you can trust, Idealstor offers multiple solutions to help protect against compromise. Contact us for Panoptic Cyberdefense, a security designed to proactively counter existing and new threats for small and large businesses. Because security gives us freedom.