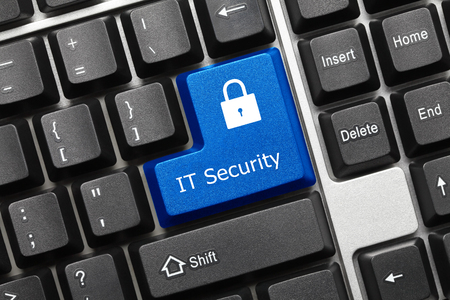 Strong and reliable IT security has a heightened necessity in the modern digital age. Blackhat cybercriminal tactics are continuously growing. By 2019, they are expected to result in a $2 trillion loss for businesses—- that number is only set to expand. If you haven’t been compromised, that’s very good; but you may be gambling with your business.

The businesses at greatest risk aren’t large corporations. Those can be severely compromised, but they’ve got the assets to pick themselves back up in most situations. Meanwhile, smaller businesses can be knocked down pretty hard by the right hack attack, and so they are more likely to give in to hacker demands. This is especially true in the healthcare industry, where ransomware will hold life-saving data for ransom against payment in bitcoin.

The finance industry is prone to be hacked as well. Over 209,000 credit cards were compromised in a recent Equifax breach and the kicker is that said breach was entirely preventable. All that was necessary was for one patch— a patch that had been on the back-burner for months— to be implemented.

Equifax isn’t the only organization to get itself in trouble by overlooking a simple patch. In May of 2017, businesses in more than 150 countries were affected by WannaCry. If you’re unfamiliar, WannaCry was a ransomware bug that entered businesses’ networks through SMB ports. The bug came from a backdoor that was built into Windows devices by the CIA for purposes of surveillance. This information became public in March of 2017, and by May, hackers had designed what would be a globally effective ransomware worm. Here’s the thing: patches for the WannaCry virus were created well before the worm made its international rounds. Many businesses managed to escape being compromised because they immediately applied the patch— those who didn’t paid the consequences.

Companies offering IT security can help your business with the necessary patch upgrades as they become available. This can even be eventually automated such that patches are continuously applied as they become available. In conjunction with a proactive monitoring solution, this can effectively secure your operations. In a world where 43% of small businesses fall victim to cybercrime annually, it’s hard to be too cautious.

And that leads right into the next topic: continual security upgrades. You need a trusted company that can provide such a service because technology is in a state of perpetual forward motion. It doubles on itself at predictable intervals, meaning ways that a computer system can be compromised naturally increase as well.

The Internet of Things is globally ubiquitous. There are more IoT devices than there are people on the planet right now, and again that trend is just expected to increase given time.

IT security through Idealstor can help continuously safeguard your computer against even the worst-case scenario in terms of cybercrime. Contact us to safeguard your operations against factor X.