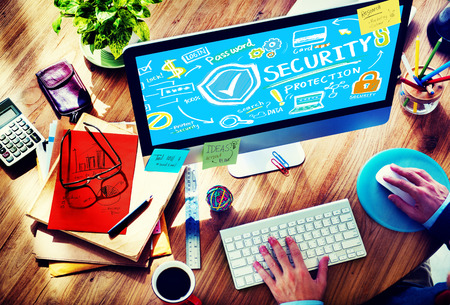 IT security has become an exceptionally prevalent need in modern business, so much that an established methodology of approach has been made standard protocol. Usually, software toolkits are combined with this approach to maximize effectiveness. The steps in this assessment approach include:

This approach protocol is cyclical. Initial assessment leads to identification, determination, implementation, reevaluation, and then another assessment. Think of it as an upward spiral. As businesses hit one level of effectiveness, they peak out, and it soon becomes necessary to attain another level of security as the organization continues to develop.

“Maturity” may seem a little bit of an abstract term, but it’s meant as a sort of catch-all to describe when an IT security has reached optimum efficiency and effectiveness. I’ts “cruising altitude.”

In order to get there, it’s important that a team of professionals look at the systems of a given client to determine what security needs are inherent, what cyber security needs can’t be covered, and how to attain an optimized solution. This involves finding gaps in “alignment,” which is again a consolidating term which refers to areas that may be vulnerable to some kind of intrusion in a given system. Once assessment of maturity and alignment gaps have reached a consensus, then the true security needs of a given organization can be clearly defined.

From here, it’s time to implement those needs. Strategies will usually differ from one company to the next, but even so, it’s better to have professional eyes look at a given situation as they have in their skill-set knowledge of similar instances. When an IT company regularly helps unroll security upgrades across their client base, they are privy to all kinds of hitherto unexpected security “holes.” These holes are easier to patch if they’re known about beforehand.

When a client “goes it alone,” they’ll be, in a sense, reinventing the wheel. That’s to say: they’re blazing new trails where there’s a highway just a few feet away, and as a result, they’re sustaining all the cuts and bruises which come from blazing such trails.

In both scenarios, it’s likely that a destination will be reached. But a business that goes the hard way will have much less energy to accomplish previous goals once said destination has been attained. The business who goes the easy, previously established route will have a greater competitive edge through lessened financial burden and increased functionality in operations.

Once that destination has been reached, it’s time to reevaluate security measures, as in all likelihood they’ll have become outmoded by a company’s new needs. This is another reason going with a professional option for IT security makes a lot of sense: you’ll have more energy to upgrade if you haven’t spent it reinventing the wheel previously.

At Idealstor, we offer top-tier, experienced professionalism in security that utilizes the latest in cybersecurity tool kits to ensure no security stone goes without examination, and no path is tread is tread unnecessarily. Contact us to save time, aggravation, and resources.